DONATE TO OUR PROGRAMS NOW!

So many ups and downs last year but Determined To Educate, Inc. has been dedicating time to continue educating and mentoring our young people. We will continue to do the same in 2021. This year’s event will be benefiting getting tablets/iPads for students who are having trouble getting access to computers for virtual learning. We are grateful to be in our 13th year, we have worked with over 8000 students so far exposing them to our amazing programs.

In 2020, we partnered up with Nickelodeon under their Noggin umbrella for their at home learning program for children. We also partnered up with so many prominent figures and professionals  to get encouraging messages for students’ Virtual Graduations due to the pandemic. Determined To Educate, Inc. serves about 1000 students a year. We look forward to enhancing the lives of many more students in 2021 in hopes to bring more programs to the students virtually!

Click on the DONATE BUTTON  to donate to our 13th Annual Determined To Educate, Inc. Awards and Fundraising Gala/Our Programs. 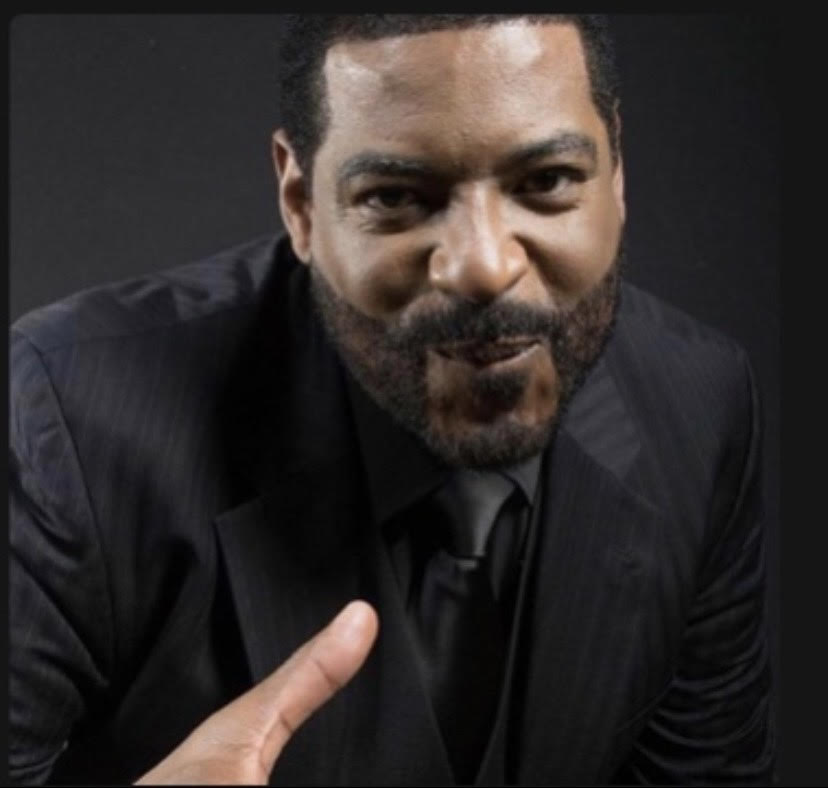 And this year’s honorees…

Actor, producer and humanitarian Danny Glover has been a commanding presence on screen, stage and television for more than 30years. As an actor, his film credits range from the blockbuster Lethal Weapon franchise to smaller independent features, some of which Glover also produced. In recent years he has starred in an array of motion pictures including the critically-acclaimed Dreamgirls directed by Bill Condon and in the futuristic 2012 for director Roland Emmerich. In addition to his film work, Glover is highly sought after as a public speaker, delivering inspirational addresses and moving performances in such diverse venues as college campuses, union rallies and business conventions.

Glover has gained respect for his wide-reaching community activism and philanthropic efforts, with a particular emphasis on advocacy for economic justice and access to health care and education programs in the United States and Africa. For these efforts Glover received a 2006 DGA Honor and was honored with a 2011 “Pioneer Award” from the National Civil Rights Museum. Internationally Glover has served as a Goodwill Ambassador for the United Nations Development Program from 1998-2004, focusing on issues of poverty, disease and economic development in Africa, Latin America and the Caribbean. Glover was presented in 2011 with the prestigious Medaille des Arts et des Letters from the French Ministry of Culture and was honored with a Tribute at the Deauville International Film Festival. In 2014 Glover received an Honorary Doctorate of Humane Letters from the University of San Francisco. Currently Glover serves as UNICEF Ambassador.

In 2005, Glover co-founded NY-based Louverture Films with writer/producer Joslyn Barnes and more recent partners Susan Rockefeller and the Bertha Foundation. The company is dedicated to the development and production of films of historical relevance, social purpose, commercial value and artistic integrity. Among the films Glover has executive- or co-produced at Louverture are the César-nominated Bamako, Sundance Grand Jury Prize and the Academy Award® and Emmy nominated film Trouble The Water ; the award-winning The Black Power Mixtape 1967-1975 and Concerning Violence; Sundance Grand Jury Prize winner The House I Live In; Cannes Palme d’Or winner Uncle Boonmee Who Can Recall His Past Lives, the Academy Award® nominated and Emmy winning Strong Island, ZAMA by Lucrecia Martel, and the Oscar® nominated documentary Hale County This Morning, This Evening by RaMell Ross and Oscar® nominated Best Foreign Language Film Capernaum by Nadine Labaki. Forthcoming films in 2021 include President by Camilla Nielsson, Noche de Fuego by Tatiana Huezo, and Memoria by Apichatpong Weerasethakul.

A native of San Francisco, Glover trained at the Black Actors’ Workshop of the American Conservatory Theatre. It was his Broadway debut in Fugard’s Master Harold…and the Boys that brought him to national recognition and led director Robert Benton to cast him in his first leading role in 1984’s Academy Award-nominated Best Picture, Places in the Heart. The following year Glover starred in two more Best Picture nominated films: Peter Weir’s Witness and Steven Spielberg’s The Color Purple. In 1987 Glover partnered with Mel Gibson in the first Lethal Weapon film and went on the star in three hugely successful Lethal Weapon sequels. Glover starred in The Royal Tenenbaums and To Sleep With Anger which he executive produced and for which he won an Independent Spirit Award for Best Actor.

On the small screen, Glover won an Image Award, a Cable ACE Award and earned an Emmy nomination for his performance in the title role of the HBO Movie Mandela. He has also received Emmy nominations for his work in the acclaimed miniseries Lonesome Dove, the telefilm Freedom Song, and as a director he earned a Daytime Emmy nomination for Showtime’s Just a Dream. Glover also appeared in the HBO Original Movie Muhammad Ali’s Greatest Fight. Glover starred in Mr. Pig which had its debut at the 2016 Sundance Film Festival and which now appears on Netflix. Co-starring Maya Rudolph, Mr. Pig was filming entirely on location in Mexico and is a tour de force for him.

Glover starred in Almost Christmas for Universal Studios. He was also seen in Rage co-starring Nicolas Cage, Beyond the Lights and the independent Complete Unknown. He co-starred in the feature film The Old Man & The Gun opposite Robert Redford and in the films Proud Mary opposite Taraji P. Henson and Come Sunday with Chewitel Ejiofor and appeared in Sorry to Bother You. Glover also had a pivotal role in the critically-acclaimed film Last Black Man In San Francisco.

Glover appeared in the Sony Pictures box office hit Jumanji: Welcome to The Jungle co-starring Dwayne Johnson and Jack Black and filmed the independent feature Press Play on location in Hawaii. He recently completed a Guest-Star appearance for ABC’s Black-ish and was featured in What The Funk for Netflix. In addition, Glover appeared opposite Susan Sarandon in the touching Dance video for artist Julia Stone. 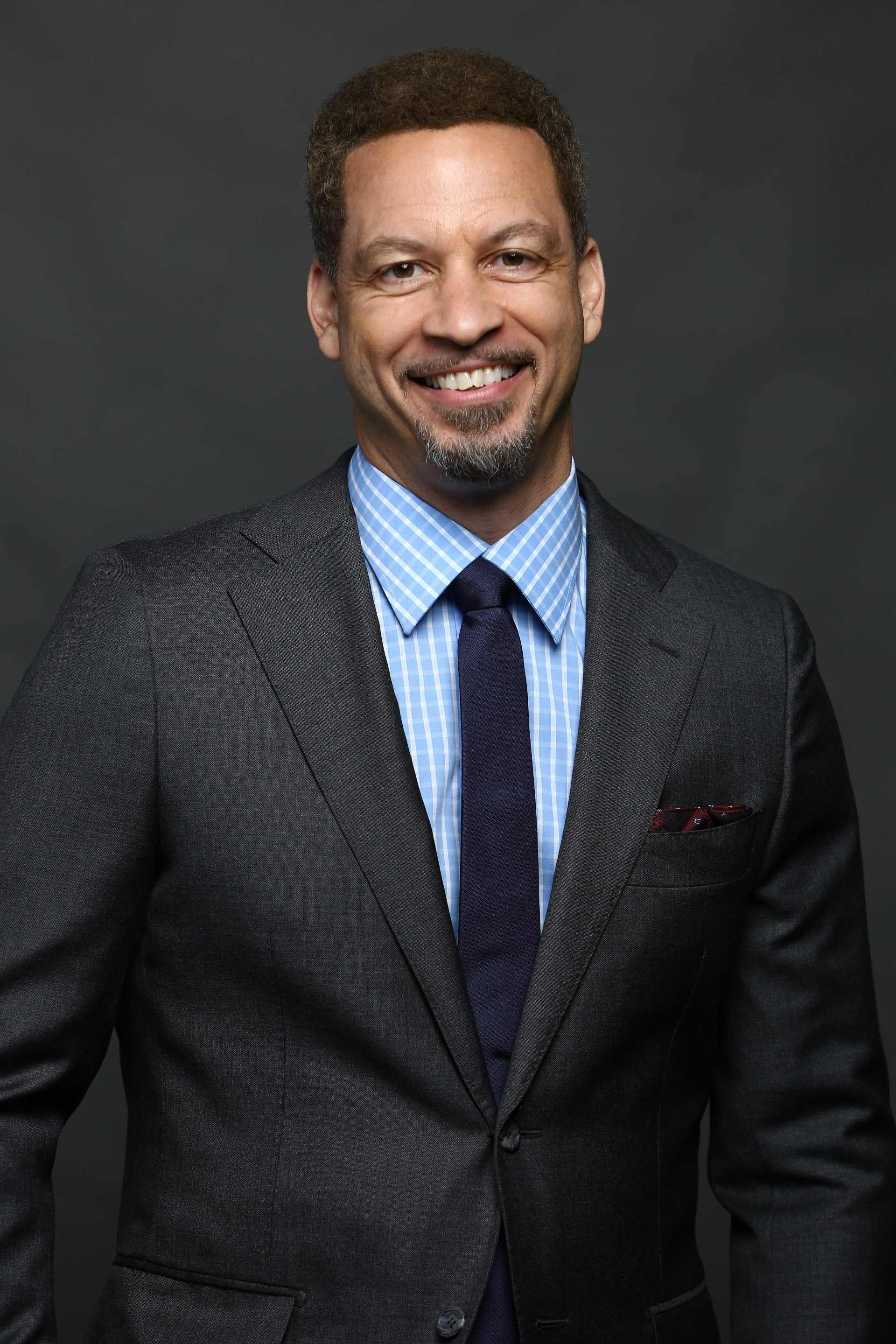 Chris is an internationally-known sports analyst, commentator and broadcaster for the FOX Sports 1 television network and FOX Sports Radio. He has shared the screen with some of the NBA’s legendary figures, including Magic Johnson, with whom he co-starred on the “KIA NBA Countdown Show” on ESPN. He can be seen regularly on FS1’s “Undisputed,’’ “First Things First,” “The Herd with Colin Cowherd,’’ and “Speak For Yourself.’’ Chris also co-hosts the nationally-syndicated FOX Sports Radio show “The Odd Couple’’ with Rob Parker on weekdays.

Before joining FOX Sports in the Fall of 2016, Chris worked for 12 years as an NBA analyst and reporter at ESPN, ESPN The Magazine, and ESPN.com. Chris’ achievements led to his being named one of the 100 Black History Makers of 2012 by Thegrio.com, the African-American news arm of NBC. He wrote for The New York Times from 1998-2004, The Akron Beacon-Journal from 1994-1998, and The Cleveland Plain Dealer from 1990-1994. Chris graduated from Oberlin College with a Bachelor’s Degree in English in 1990.

Chris has been a spokesperson for former NBA star Allan Houston’s “Father Knows Best” program and a National Chair for the “Ties Never Broken’’ campaign sponsored by Fathers Incorporated. A Board member for Athletes in Action, Chris is a frequent speaker at colleges, high schools, charitable fundraisers, youth-related events, and churches, having addressed congregations as varied as Baptist, Methodist, Pentecostal, Charismatic, Catholic and Congregational. He has also taught seminars on the Biblical heritage of African people. Chris is the Founder and President of a National Christian Men’s Movement called K.I.N.G., which stands for Knowledge, Inspiration and Nurture through God.

Chris has twin daughters and lives with his wife of more than 25 years in New Jersey.